Two posts in one day?? This is madness!

Sorry but I need to vent.

I moved to Pa back in July last year. Had the help of two friends to move my things over here since my car wasn’t big enough to move everything I owned into this apartment. Well, one of them doesn’t speak to me anymore, and that’s partly my fault. He was my best friend, and completely betrayed me in every aspect of my life, and I just blew him off. I helped him at the point he needed it most, and I got nothing for it. I housed him, fed him, took him everywhere while his car was impounded and being fixed… and I got no respect or anything for it. Not even a thank you. And then as soon as I moved here, he stopped talking to me, alltogether. It was like I died or something..

That leads me to everyone else back “home” who called themselves my friend. I only talk to maybe… 4 people from NJ now? Maybe 5 if I’m lucky. Only three of them have even bothered to come and see me, see where I live now, see that I’m liking this arrangement I have going on right now.. As for the rest of the people that I used to talk to… I haven’t heard from them in months. As for example… my so called best friend. As soon as I mentioned I was moving, she stopped talking to me, communicating with me, calling, seeing, even texting. Ignoring everything I said and asked of her… she just completely shut me down. So I stopped trying. If someone wasn’t willing to try and make a friendship work with being only 2 hours away at most… then I guess the friends I have over in Cali are way better than any of the ones over here, right? That’s what it seems isn’t it?

As for the others… it was like I really did die. Out of sight, out of mind I guess, huh? A few of you keep saying oh we’ll come up when we get a weekend off work blahblahblah… well you get every other weekend off work to go kill zombies in the woods… why don’t you cut the bullshit and actually keep your promises and visit? It seems like you don’t want to. And so if you truly don’t want to… stop saying you will come visit and get my hopes up when you never ever come. Certain others I can understand why you can’t come, no one to drive, no car etc. Understandable. But those are also the ones who actually keep in touch with me.

And no I’m not saying I can’t go there either… but I’m excited to show off my place to (who I thought were) friends and shit since most of them are still at home with their parents… see what I’m saying there? Yeah, thought so. My place is good for me living technically on my own.. you bastards are still living off mommy and daddy’s money. Why do you think I moved?

On to another topic… Fuck all of the 13 year old whores that are alive today. Yeah, you know who I’m talking about. Not just back home but this area as well. I guess it’s just inevitable that wherever you go, there are going to be sluts from the ages of 14-17. First of all, you have a new boyfriend every week, and after a week of dating you say I love you to him and then things go wrong and you’re single again. Scuse me… you want a good relationship with someone, wait till you feel the damn love then proclaim you feel it and pray to god the guy says it back. You can’t love someone after a week of knowing them…unless they were your best friend to begin with, then it’s understandable.

Nextly, you, stop talking to everybody like you know everything. Whore, you have just about slept with every guy you know in the tri-state area and they’ve all come to hate you. One, because you screw everyone over saying shit you’ll do that you never have any intention of doing and say all other girls are whores… when they sleep with one guy. You’re probably only saying it because you’ve slept with him and god forbid they sleep with someone you had a one night stand with… shutthehelluphoe, thats what a one night stand IS, blondie. Get over it.

On to the next… don’t you just love when someone gets a boyfriend and they stop talking to you, calling you “best friend” and the automatically disappear once said relationship has taken off and they’re completely in love with said person and you’re left in the dust like some dumbshit thinking why did I even bother? You know they’re just going to come crawling back to you once that relationship is over and you’re also left wondering why don’t you just choose me instead of going out with other guys blahblahblah. Yeah. Thought so. Just realize that all people are going to hurt you, no matter what. It’s something you can’t run away from.

Lastly. Drugs. DrugsFaggotsHollywood, as I like to say. It’s a song, and I quite like the meaning it gives. All you little girls who are saying oh I’m so high right now or oh I’m so drunk and you’re fucking underage… stop posting it to facebook! You unknowingly stupid twatwhores! Who gives a rats ass if you’re “so high you can’t function” or if you live off rum and vodka everyday. There are some people in this world, like me, who could give a shit less that you’re all doped up. And then you wonder why other people don’t like you at all. Cut the bullshit. I’m not saying oh don’t smoke dope, don’t drink alcohol, don’t do coke… it’s a personal choice of yours.. you want to fuck up your life, do it. But don’t bring down the other people who you claim to be your friends with you.. Stop posting that shit to facebook and get a fucking life. Do it in private, do it in your home, wherever you want. But if you get caught.. that’s your problem and you know it.

And people wonder why I gave up trying to make new friends, trying to find a relationship, trying to do something other than myself… I don’t want to have to deal with bullshit and lies all the time. That’s all people are anymore and I’m not falling for it in anyone. Someone can be the sweetest person in the world… and then they smoke crack and you then understand why… because they’re fucking up their own lives. Sigh.

From now on I’m sticking with me. And only me. Whoever is around me and wants to join, go for it. I like where I’m at in life, I guess. And no one is going to tell me otherwise how to live. If I choose to live here, Cali, Florida, Finland, Hawaii… idgaf. I’ll leave everything and everyone behind if it means I’ll be better off… and that’s exactly what I did last year.

Say something. I dare you. 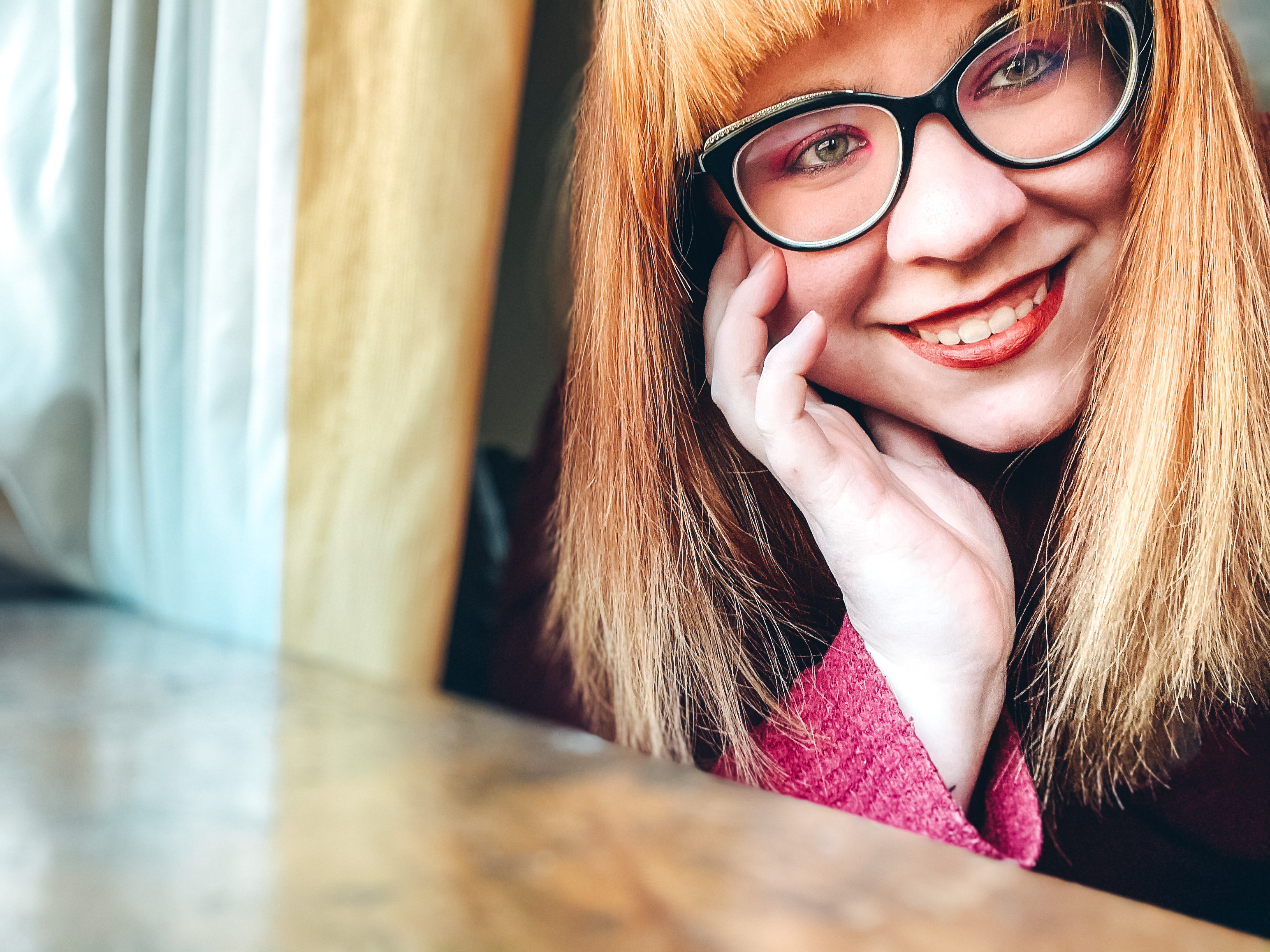 ✨✨𝗥𝗘𝗠𝗜𝗡𝗗𝗘𝗥✨✨
𝐄𝐯𝐞𝐫𝐲 𝐬𝐨 𝐨𝐟𝐭𝐞𝐧, 𝐲𝐨𝐮 𝐠𝐨𝐭𝐭𝐚 𝐦𝐞𝐚𝐧 𝐦𝐮𝐠 𝐢𝐭 - 𝐞𝐬𝐩𝐞𝐜𝐢𝐚𝐥𝐥𝐲 𝐢𝐧 𝐭𝐡𝐞𝐬𝐞 𝐭𝐢𝐦𝐞𝐬.
I decided to make chocolate covered strawberries awhile back, and I don’t think I’ve ever made something like this so pretty. I didn’t want to eat them! 🍓🍫✨
🏡 𝐖𝐞𝐥𝐜𝐨𝐦𝐞 𝐇𝐨𝐦𝐞 🏡
Nana, you were one hell of a woman. I can’t believe you are gone from us. From the best pizza ever, to Szalonna and Csöröge, crystals, rocks and Halloween decor; you were a force to be reckoned with. Thank you for teaching me to love all things art. ❤️ 𝗥𝗲𝘀𝘁 𝗜𝗻 𝗣𝗲𝗮𝗰𝗲 & say hello to Poppop for me.
I’ve been missing for a bit but that’s because life happens.